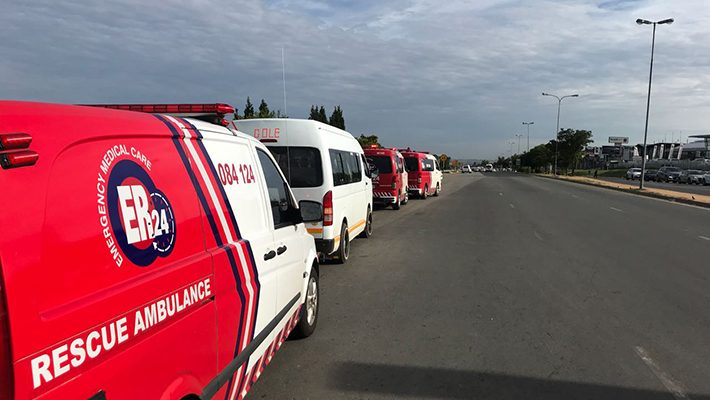 Eight people were assessed this morning following a collision between a taxi and light motor vehicle at the William Nicol and Sunrise Boulevard intersection in Fourways.

ER24 paramedics, along with another service, arrived on the scene to find the taxi parked in the left-hand ane of the road. The light motor vehicle was also found parked a short distance away.

Paramedics assessed the patients, who were found walking around on the scene, and found that eight had sustained only minor injuries. Fortunately, no serious injuries or fatalities were found at the scene.

The patients were treated for their injuries but all later declined transportation to a nearby hospital.

The details surrounding this incident are not yet known but local authorities will be investigating further treatment.