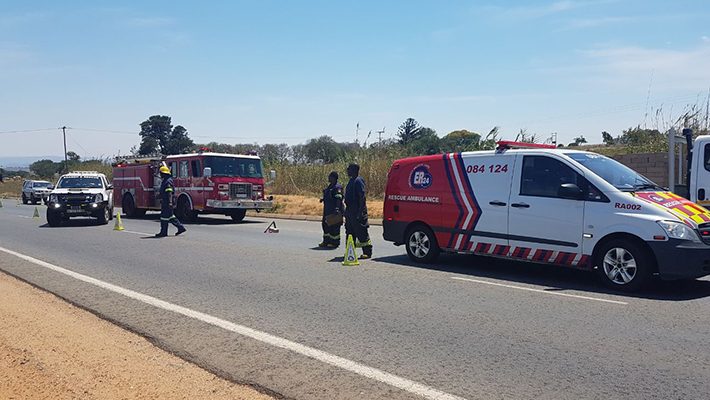 A man, believed to be in his 30s, was killed this morning when he was knocked over by a truck on the R512 in the Lion Park area, north of Johannesburg.

ER24 paramedics, along with Life Healthcare, arrived on the scene and found the man lying in the emergency lane of the road. The truck that had hit him has parked just a short distance away.

Unfortunately, after 30 minutes, no vital signs returned and the man was declared dead. The driver of the truck, fortunately, escaped injury.

Local authorities were on the scene and will be launching an investigation into the incident.