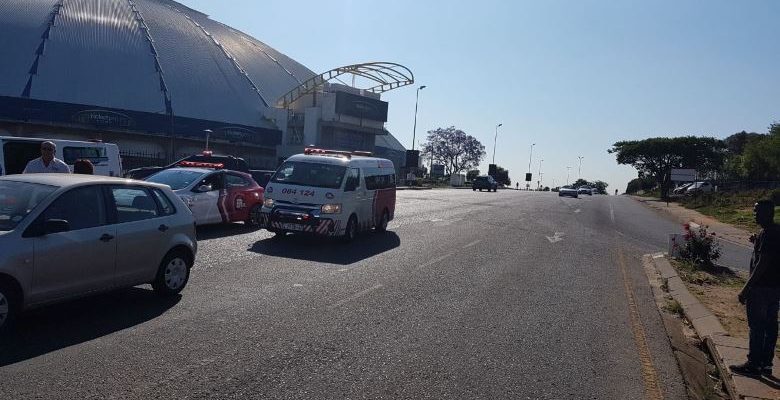 Five people were left injured this morning following a collision between a taxi and bakkie at the Olievenhout and Northumberland Road intersection in Northriding.

ER24 paramedics, along with another service, arrived on the scene to find both the taxi and bakkie on the road. Several people were found walking around on the scene.

Paramedics assessed the patients and found that five men, who had been travelling on the back of the bakkie, had been injured. Assessments showed that all five men had sustained minor to moderate injuries.

Paramedics treated the patients and thereafter transported them to various hospitals for further treatment.

The cause of the collision is not yet known but local authorities were on the scene for further investigations.