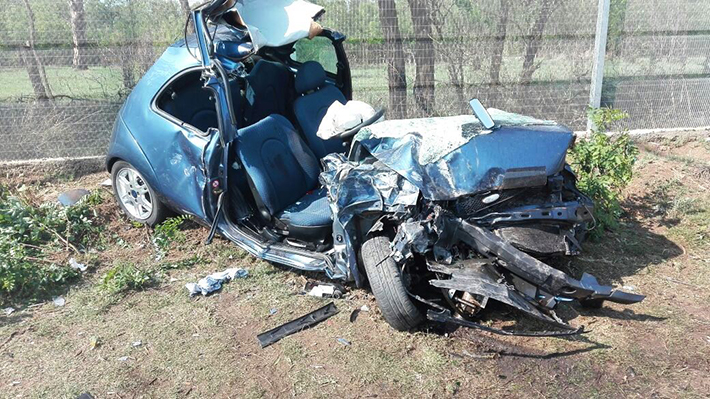 Reports from the scene allege that the truck driver lost control of the truck and collided with the small car and both vehicles then left the road. The incident and preceding events will form part of a police investigation.

Netcare 911 Advanced Life Support paramedics attended to the twenty-four-year-old female occupant of the car, she had sustained multiple and severe injuries and was in a critical condition. She was also trapped inside the car which had substantial damage and local firefighters used the “Jaws of Life” to free her from the wreck.

Due to her significant injuries, the Netcare 911 specialized helicopter ambulance was called to the scene. The patient was placed on a ventilator and then airlifted to a specialized Trauma Unit for the urgent medical care that she required.

The Traffic Police were at the scene and initiated their investigation into the incident. 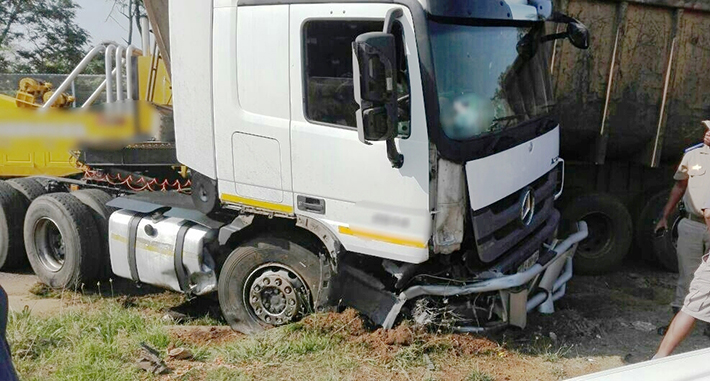