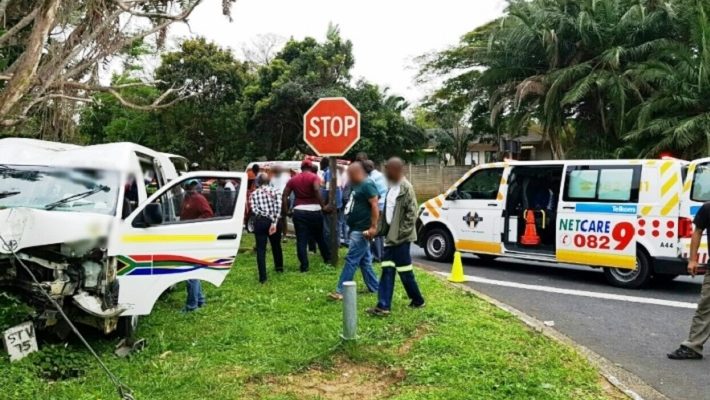 At approximately 08h49 on Thursday morning 26 October 2017, Netcare 911 responded to rports of a serious collision on the corners of Alford Avenue and Oswald Road in Ramsgate.

Reports from the scene allege that a minibus taxi which was transporting teenage learners to school left the road and collided with a wooden telephone pole. The incident and preceding events will form part of a police investigation.

Paramedics attended to eight injured people at the scene including the driver and seven teenage learners. Fortunately, all of them had sustained relatively minor injuries and they have been transported by ambulances from Netcare 911 and another ambulance service to a hospital for further assessment and care. The learners were in school uniform and the ages of the boys and girls ranged from sixteen to eighteen.

Several other learners who were in the taxi said they were not injured and did not go to a hospital.

Local Traffic Police and SAPS are at the scene investigating the incident. 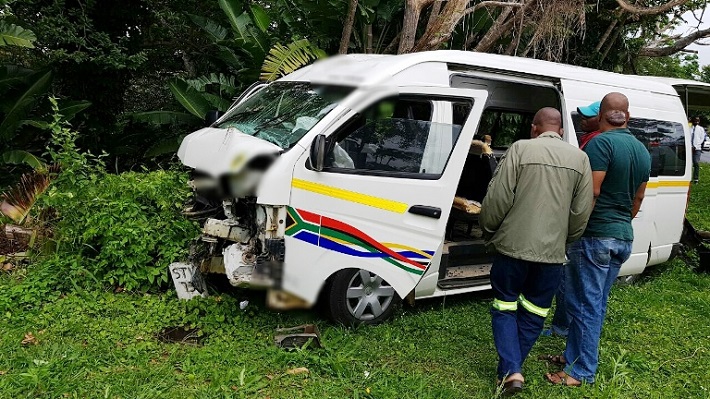