Eleven people have been injured two moderately so after a taxi and a vehicle collided on the M4 North near Edwin Swales offramp on Friday afternoon just after 12:30 pm

At this stage, the exact cause of the collision is unknown however SAPS were on the scene and will be investigating further. 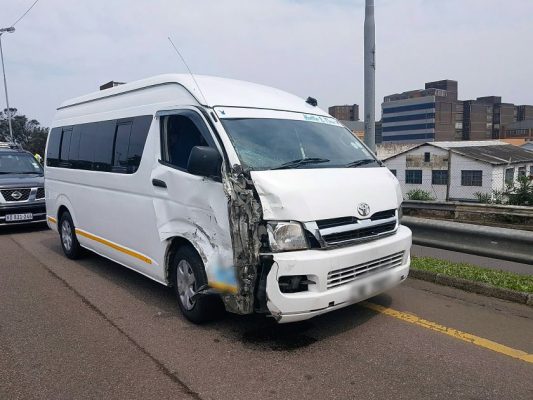