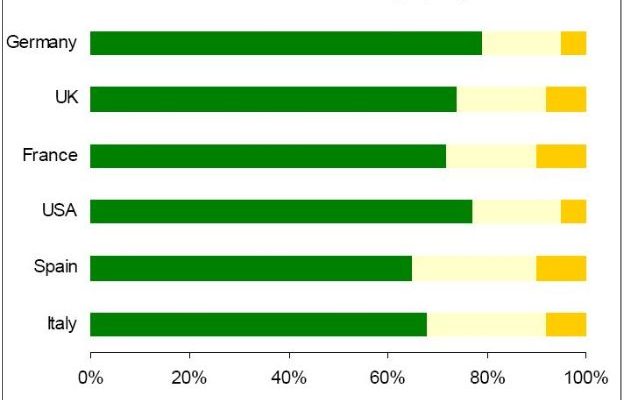 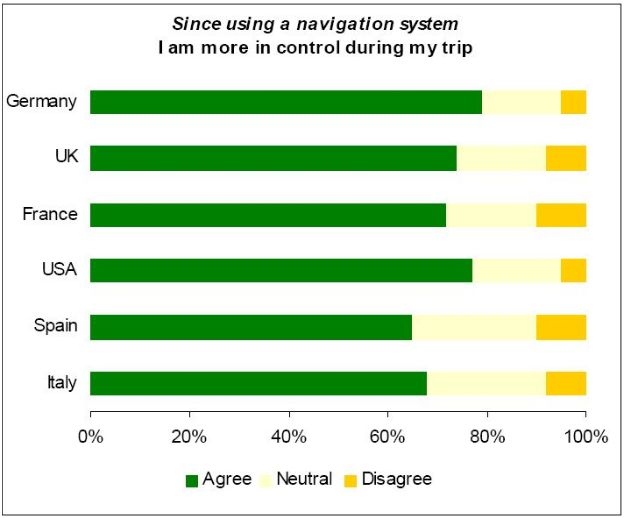 This is an important aspect to consider, not only by drivers and road safety experts – but also by GPS manufacturers. We would like to provide some important findings from an important research study:

The instrumented vehicle study conducted by TUV and DLR (Germany) and Virginia Tech Transportation Institute (the USA) was designed to be comparable to the instrumented vehicle study conducted in the Netherlands by TNO (Vonk et al., 2007). The effects of driving with a navigation system on driving behaviour and on workload were investigated in a real life drive or driving situation.

Subjects had to drive several routes on different road types while their driving behaviour and workload were assessed. Subjects drove both with a navigation system and with conventional methods like paper maps and printed instructions from internet route planners.

Overall on the different aspects of driver awareness the users indicate they feel more relaxed, more in control and more alert even though drivers indicate they do operate the navigation system while driving. Over 65% of the users in all countries agree with the statement that they are more in control during their trip since they are using a navigation system.