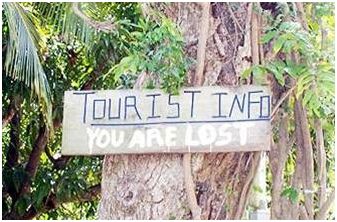 Washington – Google unveiled a free navigation system for mobile phones on Wednesday in a move seen as a potential challenge to the makers of GPS navigation devices.

US telecom carrier Verizon Wireless and US handset maker Motorola announced meanwhile that a new smartphone going on sale in the United States next week, the Droid, would be the first to feature Google Maps Navigation.
The Droid, which will cost $200 after a $100 rebate and is being touted as a challenger to Apple’s popular iPhone, is powered by Android 2.0, Google’s next-generation mobile phone operating system.
Google Maps Navigation will currently only work on smartphones using Android 2.0. It includes many of the features of a traditional GPS device made by companies such as Garmin and TomTom such as three-dimensional (3D) views and turn-by-turn voice guidance.

Verizon is the latest US telecom carrier or manufacturer to adopt Google’s Android software in a bid to challenge the iPhone and Blackberry from Research in Motion. Android is already being used to power smartphones from T-Mobile, and US wireless carrier Sprint Nextel and Taiwan’s HTC are also releasing a mobile phone powered by Android.

The Wall Street Journal reported this month that US computer maker Dell is teaming with telecom colossus AT&T, exclusive carrier for the iPhone in the United States, to launch an Android-based smartphone next year. Technology industry tracker Gartner predicts that Android-based smartphones will capture 14% of the global market by the year 2012, as compared with a mere two percent today, according to a report in Computerworld.
– Sapa-AFP